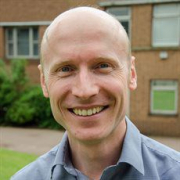 The Brascamp-Lieb inequality is a broad generalisation of many well-known multilinear inequalities in analysis, including the multilinear Hölder, Loomis-Whitney and sharp Young convolution inequalities. There is by now a rich theory surrounding this classical inequality, along with applications in convex geometry, harmonic analysis, partial differential equations, number theory and beyond. In this talk we present a certain nonlinear variant of the Brascamp-Lieb inequality, placing particular emphasis on some of its applications. Most of this is joint work with Stefan Buschenhenke, Neal Bez, Michael Cowling and Taryn Flock.