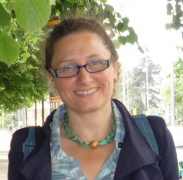 Reaction-diffusion systems with strong interaction terms appear in many multi-species physical problems as well as in population dynamics. The qualitative properties of the solutions and their limiting profiles in different regimes have been at the center of the community's attention in recent years. A prototypical example is the system of equations \[\left\{\begin{array}{l}
-\Delta u+a_1u = b_1|u|^{p+q-2}u+cp|u|^{p-2}|v|^qu,\\
-\Delta v+a_2v = b_2|v|^{p+q-2}v+cq|u|^{p}|v|^{q-2}v
\end{array}
\right.
\] in a domain $\Omega\subset \mathbb{R}^N$ which appears, for example, when looking for solitary wave solutions for Bose-Einstein condensates of two different hyperfine states which overlap in space. The sign of $b_i$ reflects the interaction of the particles within each single state. If $b_i$ is positive, the self interaction is attractive (focusing problems). The sign of $c$, on the other hand, reflects the interaction of particles in different states. This interaction is attractive if $c>0$ and repulsive if $c<0$. If the condensates repel, they eventually separate spatially giving rise to a free boundary. Similar phenomena occurs for many species systems. As a model problem, we consider the system of stationary equations: \[
\begin{cases}
-\Delta u_i=f_i(u_i)-\beta u_i\sum_{j\neq i}g_{ij}(u_j)\;\\
u_i>0\;.
\end{cases}
\] The cases $g_{ij}(s)=\beta_{ij}s$ (Lotka-Volterra competitive interactions) and $g_{ij}(s)=\beta_{ij}s^2$ (gradient system for Gross-Pitaevskii energies) are of particular interest in the applications to population dynamics and theoretical physics respectively.

Phase separation and has been described in the recent literature, both physical and mathematical. Relevant connections have been established with optimal partition problems involving spectral functionals. The classification of entire solutions and the geometric aspects of phase separation are of fundamental importance as well. We intend to focus on the most recent developments of the theory in connection with the emergence of spiralling and other special type of solutions.