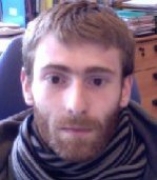 In this talk, we will be interested in standing wave solutions to a fourth order nonlinear Schrödinger equation having second and fourth order dispersion terms. This kind of equation naturally appears in nonlinear optics. In a first time, we will establish the existence of ground-state and renormalized solutions. We will then be interested in their qualitative properties, in particular their stability. 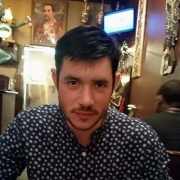 We study an interaction model of a large population of players based on an evolutionary game, which describes the dynamical process of how the distribution of strategies changes in time according to their individual success.

We establish existence, uniqueness, and stability of Lagrangian and Eulerian solutions of this dynamical game by using methods of ODE and optimal transport on Banach spaces.

We apply the general theoretical framework to perform the mean-field analysis of a multi-population agent-based model, where a particle dynamics derived by a nonlocal velocity and a Markov-type jump process for the labels are coupled. 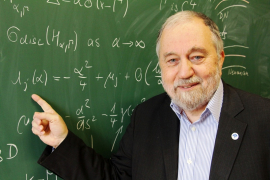 The talk focuses on the influence of the vertex coupling on spectral properties of periodic quantum graphs. Specifically, two questions will be addressed. The first concerns the number of open spectral gaps; it is shown that graphs with a nontrivial $\delta$ coupling can have finite but nonzero number of them. Secondly, motivated by recent attempts to model the anomalous Hall effect, we investigate a class of vertex couplings that violate the time reversal invariance. For the simplest coupling of this type we show that its high-energy properties depend on the parity of the lattice vertices, and discuss various consequences of this property. 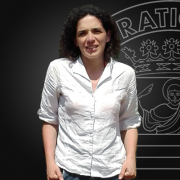 I will present several integral representation results for certain functionals arising in the context of optimal design and damage models, in presence of a perimeter penalization term. I will consider several frameworks, and I will also discuss the case with non-standard growth conditions.

We will discuss lower bounds for the first non-trivial Neumann eigenvalue $\mu_1(\Omega)$ of the $p$-Laplace operator ($p \gt 1$) in a Lipschitz, bounded domain $\Omega$ in $\mathbb{R}^n$. In 1960 Payne and Weinberger proved that, when $\Omega$ is convex and $p = 2$, then \begin{equation}\label{eq:1}\mu_1(\Omega) \geq \frac{\pi^2}{d(\Omega)^2},\end{equation} where $d(\Omega)$ is the diameter of $\Omega$. The above estimate is asymptotically sharp, since $\mu_1(\Omega)d(\Omega)^2$ tends to $\pi^2$ for a parallelepiped all but one of whose dimensions shrink to $0$. On the other hand, it does not hold true in general for non-convex sets. In this talk we will focus on the non-convex setting. We will consider an arbitrary Lipschitz, bounded domain $\Omega$ in $\mathbb{R}^n$ and we will show a sharp lower bound for $\mu_1(\Omega)$ which, differently from \eqref{eq:1}, involves the best isoperimetric constant relative to $\Omega$ and is sharp, at least when $p = n = 2$, as the isoperimetric constant relative to $\Omega$ goes to $0$. Moreover, in a suitable class of convex planar domains, our estimate will turn out to be better than \eqref{eq:1}.

Furthermore, we will see that, when $p = n = 2$ and $\Omega$ consists of the points on one side of a smooth curve $\gamma$, within a suitable distance $\delta$ from it, then $\mu_1(\Omega)$ can be sharply estimated from below in terms of the length of $\gamma$, the $L^\infty$ norm of its curvature and $\delta$.